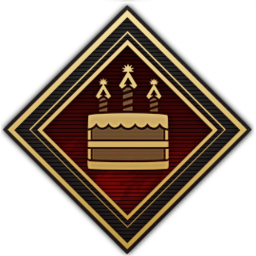 Anniversary was a Collection Event for

Locked and Loaded is a takeover of the normal Play Apex game mode. All players start the game with a Mozambique Shotgun with a

Shotgun Bolt and a

Backpack. All other floor loot is only Rare tier and above. No Common items, except for 1x optics. The spawn rates of Care Package Weapons is higher in this game mode, and

The Anniversary Collection is a set of 24 cosmetics exclusive to the event. The collection cosmetics can be obtained by:

150 to choose an existing Heirloom of their choice, even if you have all the heirloom sets unlocked.