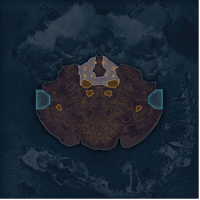 Habitat 4 is a custom

Dark Depths event. The map is located on the planet Gaea.

Storm Point is just one of many islands in the New Antillia archipelago. Habitat 4 is one of the smallest islands in the chain, and is best known as a Leviathan breeding ground. Early IMC research groups were surprised to find that a large population of local Leviathans gravitated toward the island, and designated Habitat 4 as an ethology base to study the creatures' behavior. It's been over a century since then, and while the IMC is gone, the gentle giants they studied here remain.[1]