Nessies are green Loch-ness monster plushies that are scattered around Kings Canyon. They are a recurring Easter Egg from the Titanfall series.

Nessies became popular among players and different variations of them have appeared as weapon charms and depicted on Badges. Wattson's Easter Egg emote leaves a Nessie after it is completed.

Ten Nessie plushies are hidden across Kings Canyon. Hitting one of them will produce the message "A Nessy Appears..." in the obituaries in the top right corner of the screen. Discovering and hitting them all in a certain order will cause a giant Nessie to briefly appear in Swamps, along with the message "A Nessy Surfaces!".

There are also multiple Nessies around the Firing Range map, including a family of four Nessies on a ledge. These plushies will not trigger an Easter Egg upon hit.

Olympus also hosts a various number of Nessies and, similar to the Firing Range, hitting them won't trigger an easter egg.

The Nessies scattered around Kings Canyon were said to be left there by Wattson, who grew up in the arena as a kid.

Multiple Nessies also make appearances in almost every cinematic, although their canonicity is debated. 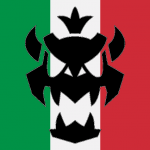